Climate is a diverse and complex topic. Through this “climate glossary for dummies”, I wanted to give an introduction to key concepts related to climate and the actual climate crisis induced by our species.

Atmosphere
The Atmosphere of Earth is composed of a set of layers of gases which shields us from UV radiation and generates weather. The accumulation of heat-trapping gases, such as CO₂, released by our species in the atmosphere functions as a heat-trapping blanket which is responsible for the current climate change. You can read more on the impact of CO₂ in our atmosphere on this page.

Big Oil
The name Big Oil represents major oil and gas companies around the world. Big Oil has been using the playbook of Big Tobacco to sell doubt about the human-induced climate change and keep making profits. To learn more about Big Oil, I invite you to listen to the podcast Drilled by Amy Westervelt.

Carbon Capture
Carbon Capture – or artificial carbon removal – consists of equipment sucking carbon dioxide directly out of the atmosphere or from a concentrated source like a coal power station. At the moment, this technology is not at scale and distracts attention from cutting emissions. To learn more about the topic, I invite you to read this small synthesis written by Dr. Jonathan Foley.

Drawdown
Drawdown is the future point in time when levels of heat-trapping gases in the atmosphere stop climbing and start to steadily decline. The Project Drawdown website lists many solutions with the aim of reaching this point.

Ecocide
A team of international lawyers is drafting plans to make ecocide – the destruction of the world’s ecosystems – an international offense such as crimes against humanity, war crimes and genocide. The newspaper The Guardian wrote an article on this topic in November 2020. To learn more about this topic, you can follow Stop Ecocide International on Twitter.

Fossil Fuels
Fossil fuels are formed by natural processes such as anaerobic decomposition of buried dead organisms like plants and plankton. Three types of fossil fuels – coal, oil and gas – have been a fundamental driver for the human species since the Industrial Revolution. However, the burning of these fossil fuels releases heat-trapping gases which are stored in the atmosphere, in the ocean, and land and cause the actual climate crisis. 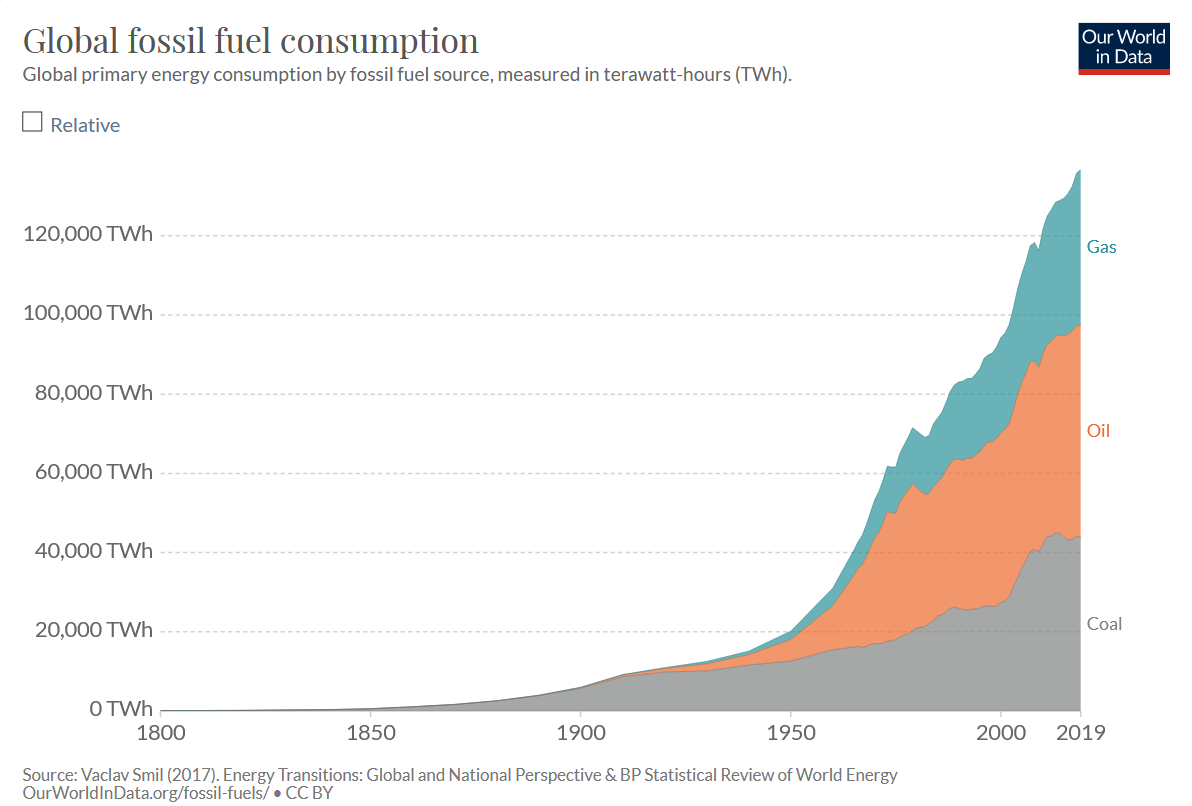 Heat-trapping gases
Also known as greenhouse gases, the heat-trapping gases consist mainly of carbon dioxide (CO₂), methane (CH₄) as well as nitrous oxide (N₂O). The levels of the three gases have been rising sharply since the beginning of the industrial revolution.

IPCC
The Intergovernmental Panel of Climate Change is the United Nations body for assessing the science related to climate change. Hundreds of experts in different fields have volunteered to produce methodology, synthesis, working group and special reports since March 1990. The IPCC is currently working on the Sixth Assessment Report AR6 which should be completely available in June 2022.

Justice
One definition of climate justice can be found in the Special Report 15 from the IPCC:
“Justice that links development and human rights to achieve a human-centred approach to addressing climate change, safeguarding the rights of the most vulnerable people and sharing the burdens and benefits of climate change and its impacts equitably and fairly.” For more information about the topic, I invite you to check the replies from this tweet by Farhana Sultana.

Kyoto
The Kyoto Protocol was adopted on 11 December 1997. This protocol fleshed out the United Nations Framework Convention on Climate Change (UNFCCC) with the aim of protecting the climate. There are currently 192 parties to the Kyoto Protocol.

Leaders
During the Leaders Summit organised by the U.S.A., a selection of world leaders met digitally on 22-23 April 2021. The world leaders represent 82% of world carbon emissions, 73% of the world population and 86% of world economic output. A key element to guarantee bold and quick climate action in the years to come is to vote for climate leaders.

MAPA
MAPA – Most Affected People and Areas – is a term used instead of the term “Global South”. MAPA are the biggest victims of climate injustice: they are the least responsible for the climate emergency but they will be the ones to suffer the most from its consequences. For more information about the topic, you can follow Fridays For Future MAPA on Twitter.

NDC
“Nationally Determined Contributions (NDC)” are at the heart of the climate Paris Agreement signed in 2015. NDCs embody efforts by each country to reduce national emissions and adapt to the impacts of climate change. The website from Climate Action Tracker is a great ressource to check NDCs for many of the countries in the world.

Opportunities
The climate crisis represent a great threat for all living species on Earth but it also represents a unique opportunity to change things for the better for example energy efficiency, renewable energies, degrowth

Paris
As a successor to the Kyoto Protocol, the Paris Agreement is an agreement of 195 parties to the United Nations Framework Convention on Climate Change (UNFCC) with the aim of protecting the climate. Signed in Paris on 12 December 2015, the goal of this Agreement is to limit global warming to well below 2, preferably 1.5 degrees Celsius, compared to pre-industrial levels.

Quickly
In the fight against climate change, time is our enemy. We have many solutions already available but governments, companies and individuals need to take climate action as quickly as possible to decarbonise human activities. Professor Michael E. Mann talks about the race to save the world from climate change in this video.

Strike
Climate strikes have been an important tool used by the climate movement to push climate higher on the agenda. Momentum was gained during the Global Climate Strikes in September 2019 with millions of people marching on the streets to protest for more climate action. The current pandemic of COVID-19 has slowed down the physical strikes, but climate activists remain very active and creative.

Tipping points
Tipping points are “thresholds where a tiny change could push a system into a completely new state.” The following map by Carbon Brief is an overview of nine key tipping points that include collapsing ice sheets and forest dieback.

Undeniable
The ongoing climate crisis is undeniably caused by the burning of fossil fuels by our species around the world. There is an extremely high agreement within the scientific community supported by thousands of peer-reviewed publications.

Vulnerability
The climate crisis will affect the most vulnerable in our society and world first, the people who are the least likely to have contributed to the crisis in the first place. In particular, those around the tropics who are already amongst the poorest in the world, who have contributed the least in terms of CO2, have been hit by many extreme weather events. As temperatures rise the most vulnerable will soon find themselves unable to live there anymore. Here is an impassioned speech from Vanessa Nakate on the impact the climate change is already having on Africa, at a Berlin Energy Conference.

War
The old climate war was to deny climate science. The new climate war is to delay climate action by means of disinformation, deceipt, divisiness, deflection, delay, despair-mongering and doomism. For more information about this topic, I invite you to read the book “The New Climate War” by Professor Michael E. Mann.

Youth engagement
Over the last couple of years, the youth engagement, including the group Fridays For Future, has truly helped push climate higher on the agenda. Many young climate activists around the world show high knowledge on the topic, know how to use various media and are helping move the compass for our societies to take bolder, quicker climate action.

Zero
That is one of the priorities for our species: reach zero carbon emissions as fast as possible to stop the climate crisis. We have only a very limited budget (420 gigatons of CO₂) to have more than a 66% chance of staying below 1.5 degrees Celsius of global warming compared to pre-industrial levels.

Acknowledgments:
I am indebted to Scowlin Munkeh for proofreading this text and content suggestions like for the letter V. Different people inspired me words for this glossary: Exctinction Rebellion Bury St Edmunds for Ecocide, Kevin Leecaster for Quickly and Sarah R for Youth Engagement

2 thoughts on “The climate crisis for dummies: an A-Z glossary”